Question: We have someone with us in our panel who knows all about managing a debt crisis and trying to meet the basic humanitarian needs of the people, and that is Yanis Varoufakis. What do you think looking at this pandemic crisis are the most urgent priorities right now?

Y: In order for us to be able to conjure up hope, as Christine Lagarde said, we need to look at the system we have in place, and which has been doing all the heavy lifting since the 2008 great financial crisis. Christine said that Central Banks are here and that they are doing their job, I do not doubt that. But how good is the energy here, the liquidity that Central Banks provide. How well is it functioning in the context of actually having a positive impact when it comes to good quality jobs on one hand, and producing the green technologies and the green energy we need to mitigate the climate change.

I very much fear that the system is utterly broke, and this is not a criticism of the central bank, is a criticism if you want of the government and our economic blocks. I try to explain it with an example: what happens when the FED or the Bank of England or the ECB today, in the context of the pandemic or actually since 2009, print a large amount of money in order to put floor under the crisis, whether is the great financial crisis of 2009 or today, the COVID 19 induced global recession?

There is a middleman, there is a commercial bank, and the central bank is obliged effectively to pass the money on to the commercial bank, the commercial bank then accepts the ‘phone’ and usually calls a large company, a mega-firm because they are the safest bet and says, ‘I’ve got 20/30/50 billion for you at minuscule interest rate’. These corporations already have a stash of cash which they are not investing, but they do take the central bank money through the commercial bank, and what do they do? They go to the stock exchange, they buy back their own shares. That creates asset price inflation because share prices go up: their boards of directors are loving it because their bonuses are connected to the share prices but there is no real tangible investment in the things society needs, either good quality jobs or the green transition

Question: Are you saying there is a more effective way to use all this liquidity sloshing around to deliver the jobs that we need?

Y: Let me give two examples. One is for instance in the context of the EU, but that is scalable beyond the EU. The European Investment Bank could be given the green light by the European Council to issue bonds for the 5% of the European GDP for 1,2,3,4,5 years and the ECB can do what is already doing, standing behind it in the secondary markets. That creates a large fund by which to effect a Green New Deal in Europe rather than the Green Deal that we now have that is unfunded more or less, and also it crowds in private investors.

The second example I want to give is that of Helicopter Money: cutting out the middleman and work very directly. Imagine in March, September or even today in the second lockdown, if Madame Lagarde’s bank were to credit every resident in the EU with 2’000 euros and that can be taxed at the end of the year depending on total income. The Australian government managed in 2009 to avert recession by means of this kind of policy; the Hong Kong central bank did more or less the same thing last March, it can be done and it has been done and it can be scaled up to a much broader level. For instance, the World Bank could do that which I suggested the European Investment Bank could be doing. The issue at the moment is that the one bazooka we have against the crisis, Central Banks, are creating liquidity that on the one hand are working as a palliative, but on the other hand they are creating long-term repercussions increasing inequalities, not creating good-quality jobs, not helping with climate change mitigation and zombifying lot of corporations in the process.

Y: It will take more than vaccines to cure the two main diseases that constantly threaten humanity, on the one hand there is climate change, as Paul Krugman says, we need investments especially in the global south. On the other, there is the natural tendency of global capitalism to create a divergence between Surplus countries and Deficit countries, so why not think of ways of killing two diseases with one stone.

Imagine that we were to revisit the IMF, and have the following agreement: at the level of the IMF, use the SDR or some kind of revamped mechanism of the SDR, a version of this international currency accounting unit, and agree that all international payments, including international trade and capital flows, are denominated in this common currency unit, SDR or let’s call it Cosmos.

And imagine that we all agree that Deficits and Surpluses are charged a levy symmetrically, and those Cosmos units or SDRs going to a Common Global Green Equity Fund from which to fund Green Investments, especially in the developing world.

That way, we will be simultaneously bringing down the deficits and surpluses which during the upturns, the periods of global economic growth, are creating tensions, and during the periods of crisis are creating huge inequalities and asymmetric adjustments and therefore debt crisis in the Third World and the developing countries. So we bring those imbalances down and in the process we generate global green investments, especially in the global south.

By the way this is not an original thought, John Maynard Keynes proposed a version of it at Bretton Woods in 1944, it was rejected. It’s time to revive that kind of thinking in order to combine our tools and instruments against a variety of threats to humanity. 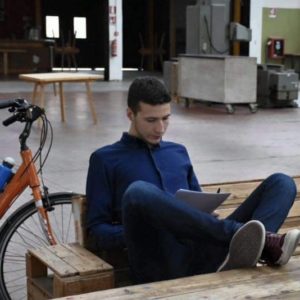 Rethinking the core-periphery relationship in inequalities

A multidisciplinary perspective on the issue

When economics stopped caring about inequality

Classical, marginalist and heterodox thinkers between economics and politics